Saturday September 12 at 10 am via Zoom.

Our next HSW meeting will be another Zoom meeting due to the restrictions on meeting in large groups. The code for the meeting will be sent to all members in a news blast a few days before the meeting and will be posted on the HSW web site and our Facebook page.

If you have not used Zoom before, it is easy. Just click on the link that we will send and post, and it will take you to the web site where you can download the application. You do not need to be on video. We hope to see more of you this next meeting.

We will be voting on the revised By-Laws for our organization at the September meeting. You may read these on the HSW web site at:  http://highsierrawriters.org/about-us/high-sierra-writers-by-laws/

Our program for the meeting will be on How to Upload a Book to Amazon. We’ve done this one before, but we have quite a few people who either don’t know how to do it or would like to run through it again.  We didn’t get to the presentation on ISBNs at the last meeting, so Rene will cover it at this meeting.

We will also be doing First Pages so if you have a first page you would like feedback on, please send it to Matt by Friday September 11 at MattBayan@aol.com  For easy reading, please use 12 point Times New Roman and double space.  Do not include your name on the page, but indicate the genre.

Hope to see you there!

Last month in part 1, the focus was on the inciting incident that kicks off a novel or movie and how not to clutter it with a prologue or some other “telling.” In part 2, we look at another potentially dangerous form of telling: the Flashback.

I know some agents and editors who are death on flashbacks. But I think their reason is that flashbacks are generally handled poorly. Used sparingly, a flashback can be an effective tool for illuminating a character’s motivation, weakness, strength, etc.

But how to do that? Unless it’s a very small piece of information, avoid having one character “telling” about something that happened off-stage. The simplest way is to start a new chapter and stay in immediate scene. Show the information as it happens, make your plot point, then jet back to the present.

Always ask if the information in the flashback is SO important that it can’t be avoided, or presented some other way.

Movies tend to be a bit more flashbacky than books, largely because, as a visual medium, all parts of a movie involve “showing.” 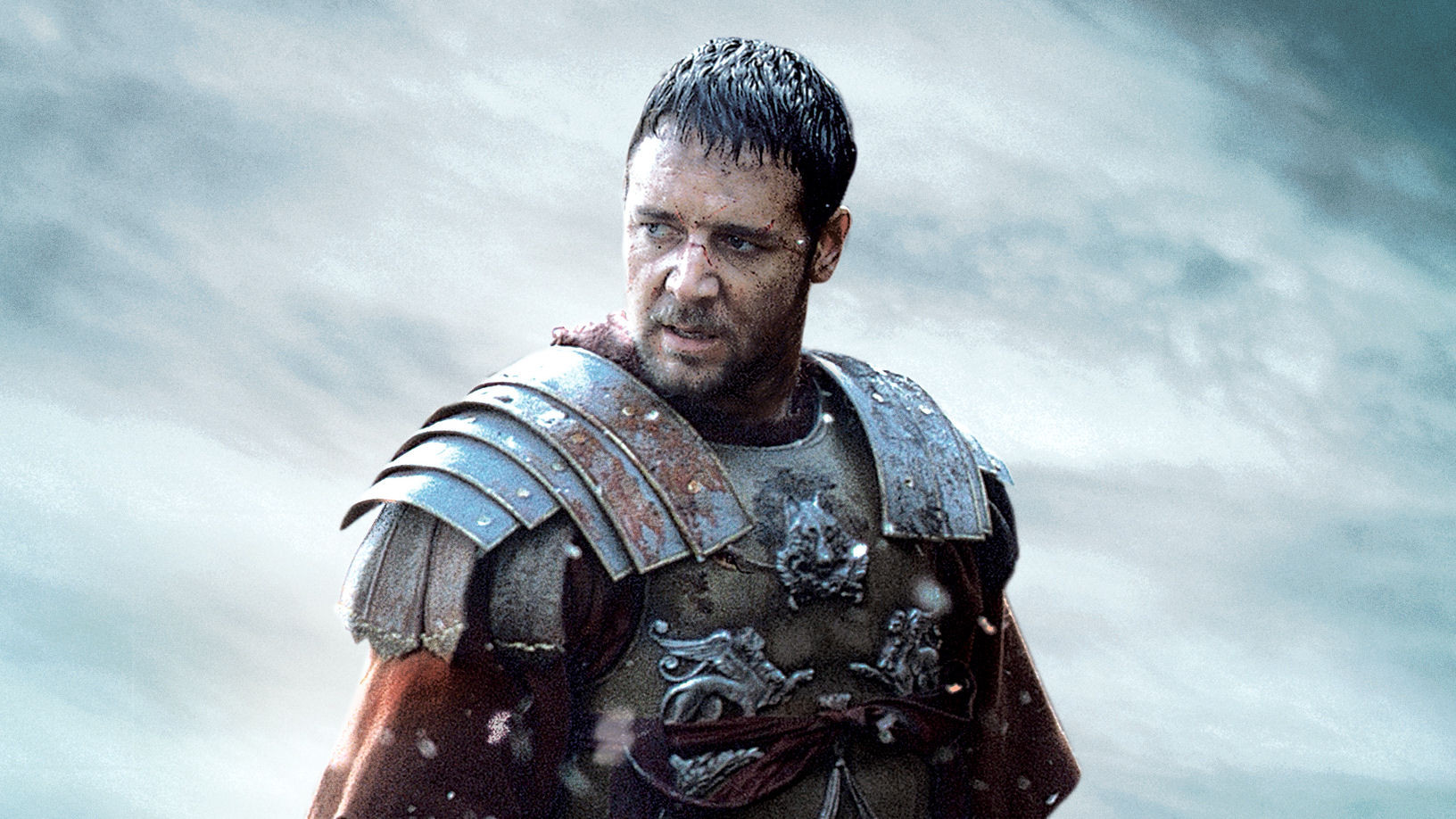 A good example of a flashback is in the movie Gladiator. The Russell Crowe character, Maximus, thinks back to memories of his family, now dead. We get the sense that he’s done all he can in his life and wants to join them. In this case, the short visual clips of an idyllic time offer the audience a sense of the loss he has suffered, while also explaining his state of mind near the end of the film.

So, make a flashback relevant, keep it short, and keep it in immediate scene and you can avoid running afoul of antsy readers and even antsier agents.

Linda Enos is the Critique Group Wrangler, and she would be happy to help you find or start a group. For any writer, the feedback you can get from a group of your peers is valuable. They help you find problems in your story, plot holes, bad phrasing, and much more. So, if you want to bring up the level of your writing, contact Linda at linda.r.enos@gmail.com

Do You Know Your Adjective Word Order?

Have you ever read a line with three or more adjectives describing a noun and thought that it just didn’t sound right? For instance, if you read, “the yellow, limping, big dog”, would it bother you? Our internal logic expects this to read “the big, limping, yellow dog.” You may wonder why that should be.

Somewhere along the lines of developing language, a word order for adjectives evolved, possibly based on the way the brain processes words. No one knows exactly how it came about, but generally all linguists agree a specific order for adjectives exist. The cool thing is that instinctively, we use these rules and normally, recognize an anomaly when these words are in the wrong order.

That doesn’t mean we don’t write them wrong every now and then, but most times you will catch them when you read your work back, or someone in your critique group might notice them. Or, if you have Grammarly, it will note them and suggest a change.

For the long list of these alone, a writer would be wise to not string more than three adjectives to describe a noun.

Note also, that all the adjectives are separated by commas. If the word is describing the noun, you separate the  words from each other. If the word is acting on the word next to it and the two together describe the noun, you don’t separate it with a comma. Usually, words acting together are hyphenated, such as reddish-brown or bread-like.

To help you check the adjective word order, here’s a handy chart you can save to your computer for reference. You can learn more about this subject from this article. 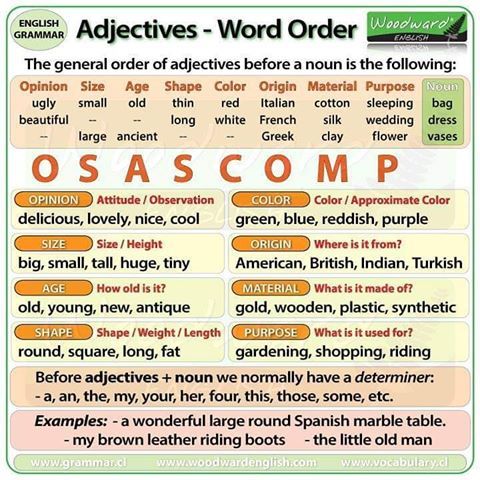